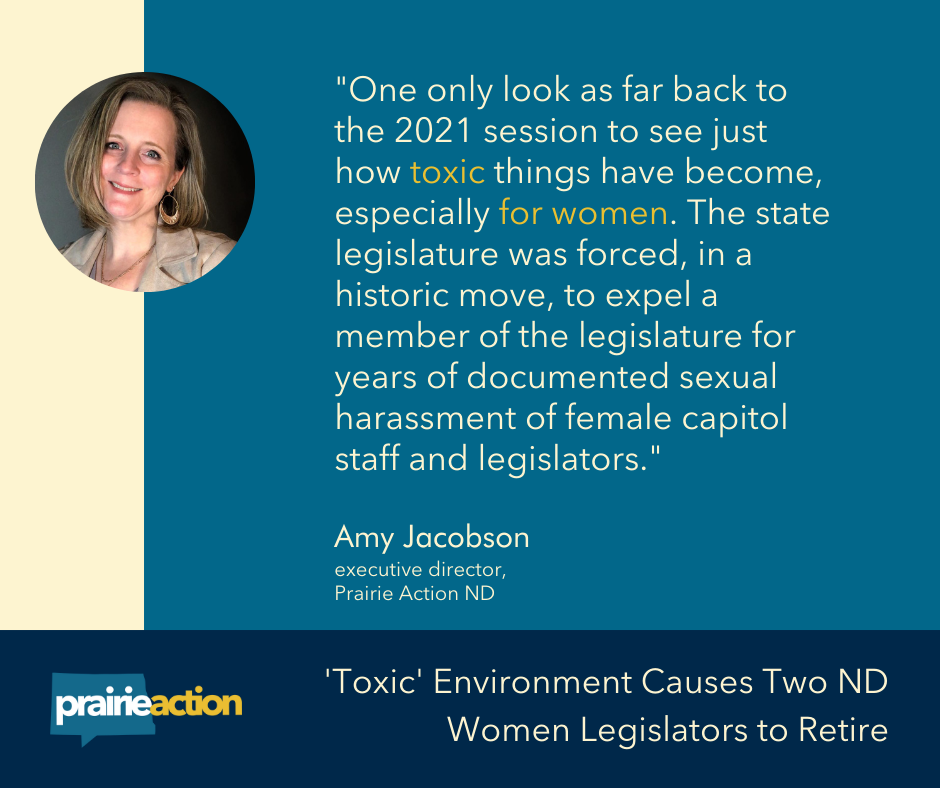 It’s true: Elected leadership that reflects the population of our state is critical to policymaking that is responsive and beneficial to the lived experiences of our diverse communities.

Recently, we’ve seen quite a loss of women in elected office. This is concerning because women bring perspectives, priorities and agendas that are missing when they don’t have a seat at the table. They give voice to those who are too often left out of policy making spaces.

Both women cited the increasingly ‘toxic’ environment in politics, particularly inside the state capitol. One only look as far back to the 2021 session to see just how toxic things have become, especially for women. The state legislature was forced, in a historic move, to expel a member of the legislature for years of documented sexual harassment of female capitol staff and legislators.

And let us not forget Senate Concurrent Resolution 4010, rescinding North Dakota’s 46 year commitment to the Equal Rights Amendment. For context, the Equal Rights Amendment is designed to ensure, via the U.S. Constitution, that all citizens have equal legal rights regardless of sex. In 1975 North Dakota ratified support for the ERA and reaffirmed this commitment again in 2007. In less than 5 minutes the state legislature voted to rescind North Dakota’s support for the ERA; turning back the clock on progress and on women’s equality.

As both these senators retire, we call upon their respective political parties to recruit women candidates as their replacements. North Dakota citizens deserve strong legislative leadership that’s reflective of our communities and values the breadth and depth of our varied life experiences.