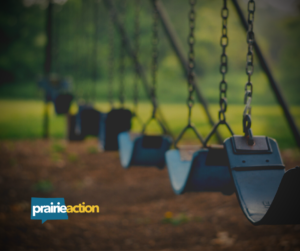 FARGO, N.D. — The people behind efforts to recall four Fargo School Board members have until August 25th to collect signatures.

Ahead of that deadline, a statewide watchdog group sees the national movement to shake up local school boards as abusing the process.

Mask mandates and communication issues were among the concerns cited by recall supporters in Fargo when their petitions launched this year.

Amy Jacobson, executive director of Prairie Action ND, said from her group’s viewpoint, nothing that has been mentioned warrants a special vote to remove a sitting board member.

“The recall process is meant to remove an elected official who has done something particularly egregious and should no longer be serving,” Jacobson contended.

Jacobson urged those upset with board members to focus on the next election, which is next spring. She pointed out special votes also are a drain on resources.

But the parents involved say members they are targeting have terms that expire in 2024. Ballotpedia noted more than 150 recalls were launched nationwide in the first half of this year, with nearly 50% involving school boards.

A number of attempts to oust board members have been linked to rhetoric over a concept known as Critical Race Theory, with some of those talking pointed surfacing in Fargo.

But Jacobson argued it isn’t even being taught in the local schools.

“There’s definitely misinformation that’s being spread from national, to states, to local that is causing folks to get in an uproar about things that are not actually happening in their schools,” Jacobson asserted.

Jacobson added the turmoil hurts teachers and staff, who get caught in the middle of the backlash. Since special elections have lower turnout, candidates with extreme views could find an easier path to victory for a seat that’s traditionally nonpartisan.

Outside the Fargo recall efforts, Prairie Action ND said there have been discussions in other North Dakota communities, such as Williston, but no other petitions have been filed with the state.

Disclosure: Prairie Action ND contributes to our fund for reporting on Health Issues, Human Rights/Racial Justice, Livable Wages/Working Families, and Social Justice. If you would like to help support news in the public interest, click here.