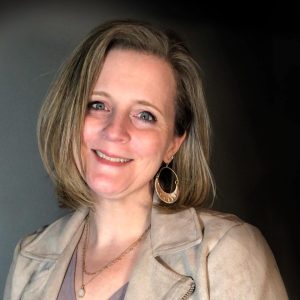 April is Sexual Assault Awareness and Prevention month, a designation to raise awareness of sexual assault and to break this cycle of violence. According to the ND Council on Abused Women’s Services (NDCAWS), “Sexual violence, sexual assault or sexual abuse is any type of unwanted, forced or coerced sexual contact. Sexual violence can be verbal, visual or anything that forces a person to join unwanted sexual contact or attention. It is also sexual violence when a person is unable or unwilling to give consent.”

Stories of sexual harassment and sexual assault have dominated the headlines here in North Dakota for the past month: high school teachers preying on their own students, physicians ogling and sexualizing residents, and one of the most powerful state legislative leaders reportedly exchanging 72 text messages with a man jailed on charges related to child pornography.  With each of these stories there are hundreds more that are never exposed, that never make the news because, until now, our culture has enabled this detestable behavior through social norms that protect the perpetrator.

The truth is, we need to stop acting as if we are shocked when these stories ripple through our community. Sexual predators have a mode of operating that we are completely aware of: they abuse their power, they groom their victims, and they use intimidation, manipulation, and threats to keep people silent and they keep us, the community, silent by normalizing their behaviors and shaming those who question them.

But a powerful shift is happening. It is a shift that will no longer be silenced by the fear of exposing these open secrets. We witnessed the beginning of that shift when female staff and legislators at the state Capitol spoke out against years of documented sexual harassment from then state Representative Luke Simons. Our state legislators stood with victims and held Simons accountable to his actions and expelled him from the state legislature.

We must raise our voices in support of survivors and hold offenders accountable. In doing so we send a powerful message to offenders that their secrets will no longer be kept quiet. As a community, we will no longer turn a blind eye when a teacher asks a student if they are a virgin, as in the case with a teacher from Fargo South. We will stand in solidarity with the medical residents after they repeatedly file complaints of sexual harassment that continue to go ignored, as is currently playing out at Sanford Health. We will believe victims who risk their careers, reputations, and their own personal safety and security when they expose those who have assaulted them and those who have exploited their positions of authority, including powerful state legislators.

Governor Burgum’s Sexual Assault Awareness and Prevention proclamation states, “There is compelling evidence that we can be successful in reducing sexual harassment, abuse and assault through a variety of prevention strategies tailored to diverse local communities and culturally specific groups, which includes increasing awareness, supporting victims and holding offenders accountable”.

Sexual harassment and assault have no place in our homes, our schools, our clinics, or any branch of state government. Period.